This morning we visited the Lower Elwha Natural Resources facility where we met Roger Fernandes, an educator and a member of the Lower Elwha band of Klallam Indians. He made a point to teach us through the traditional, ancient powers of storytelling. His stories captivated all of us, and discussions of depth and thoughtful underlying messages within the story entailed. We learned more about the traditions and history of the Klallam tribe and their relationships with the land and the river. Salmon remain extremely vital to the river and forest ecosystem here, as well as to the tribe in lifestyle and sustenance. In order to truly experience the Elwha River, salmon, and ecosystem, we continued our learning outside with Rebecca Paradis.

We hopped in the vans for a quick jaunt to the mouth of the Elwha River. Most of this beach didn’t exist six years ago. When the dams came out in 2013, decades of backed up sediment flowed down the and replenished the eroded shoreline with eighty acres of new land. This was—and still is—the largest dam removal in the world.

Rebecca and her team showed us satellite photos from the past few years and pointed out where the river had snaked and extended post-dam. They showed us both the native and invasive species that had moved in, and we helped remove a few growths of scotchbroom, reed canary, white-topped clover, and other invasive plants while we walked. A few pilgrims spotted an abandoned crab trap that had floated up on the sand, which they hauled off the beach and back to our vans.

Tonight, we’re camping under the stars on a former nine-hole golf course since transformed. Gordon Hempton, internationally acclaimed acoustic ecologist, bought the property and crafted the space into something sacred. We explored this land, ate a locally sourced salmon dinner, and sang and laughed around a campfire. We also heard from the property’s caretaker (PhD student Tuck Tyrell) about his research recording and analyzing forest communications—a topic several of our pilgrims had already read about on their own time, even before learning about tonight’s opportunity.

The golf course feels like a woody oasis where time stands still. Friends (new and old) throwing a frisbee, jumping in a frigid creek, and playing soft melodies on guitars. It’s the feeling of a cozy cabin, it’s just deconstructed. The comforts of home, just not confined to timbered walls. 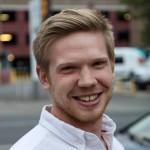 This site uses Akismet to reduce spam. Learn how your comment data is processed.

Do NOT follow this link or you will be banned from the site!